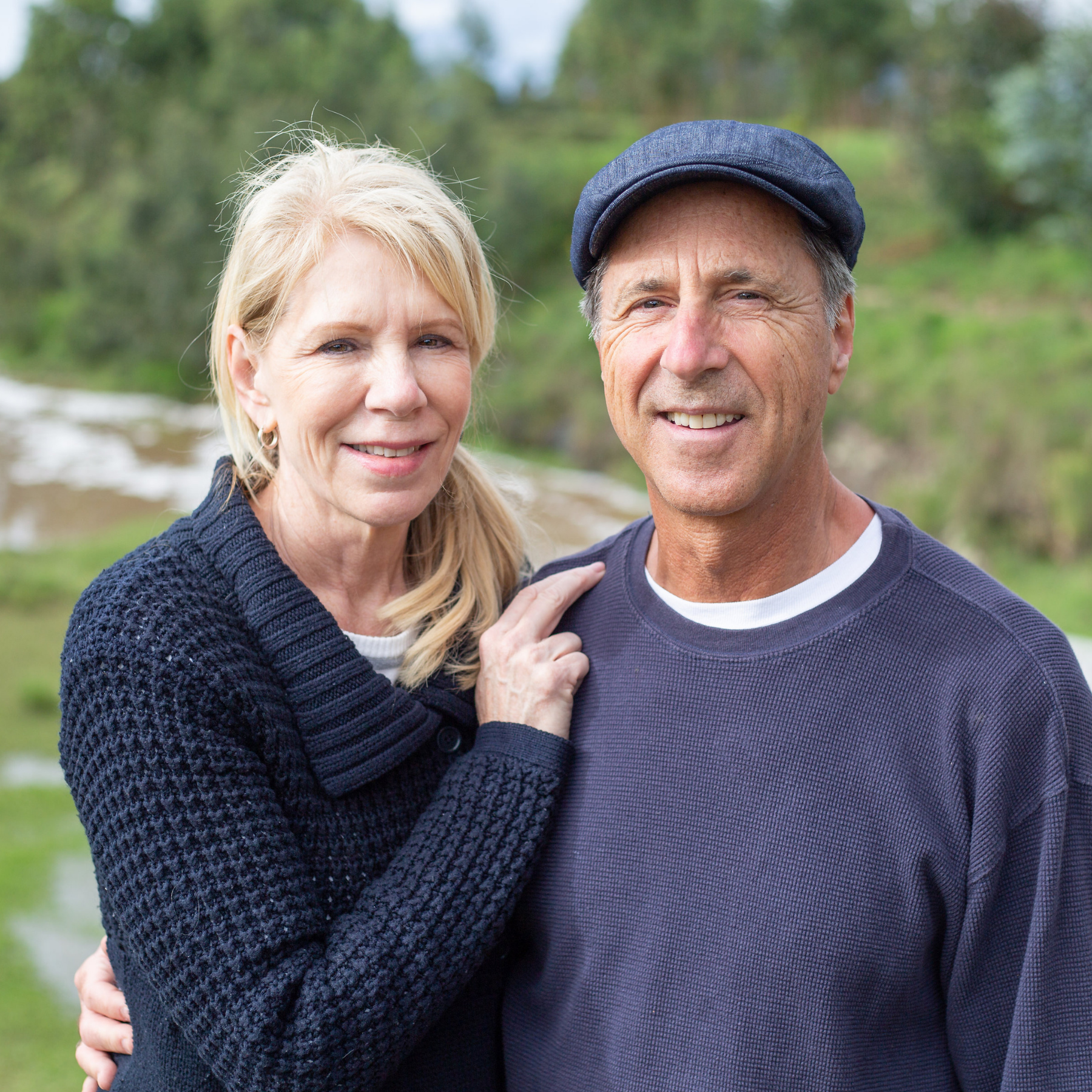 Jane graduated from Lamar University in Beaumont, Texas, and began her career as a dental hygienist in Port Neches. She had no idea that her career in the dental industry would be the start of a much deeper calling the Lord had for her life.

In 1997 Jane had a dream about Africa. The following Sunday at church, her pastor announced an informational meeting for an upcoming mission trip to Kenya. Stunned, Jane leaned over and whispered to her husband, “I think I’m supposed to go on that trip!” Months later, Jane found herself traveling to Kenya with a medical mission team from her church.

During the trip, Jane witnessed the deplorable conditions facing Kenya’s orphans. Once back home, she could not stop thinking about her time in Kenya. Jane felt the Lord leading her to build a home for the orphaned children of Kenya. Nearly 20 years and many children later, Into Abba’s Arms is considered a hub for Christian ministry in the central highlands of Kenya.

Jane is adamant about the heart of the work at Into Abba’s Arms as she explains, “We want our children to grow up knowing they are loved. We want them to know the Lord deeply and be grounded in Scripture. It’s what bring about the greatest change in our children, because like all sinners, every one of them has a past.” Now they have a future! 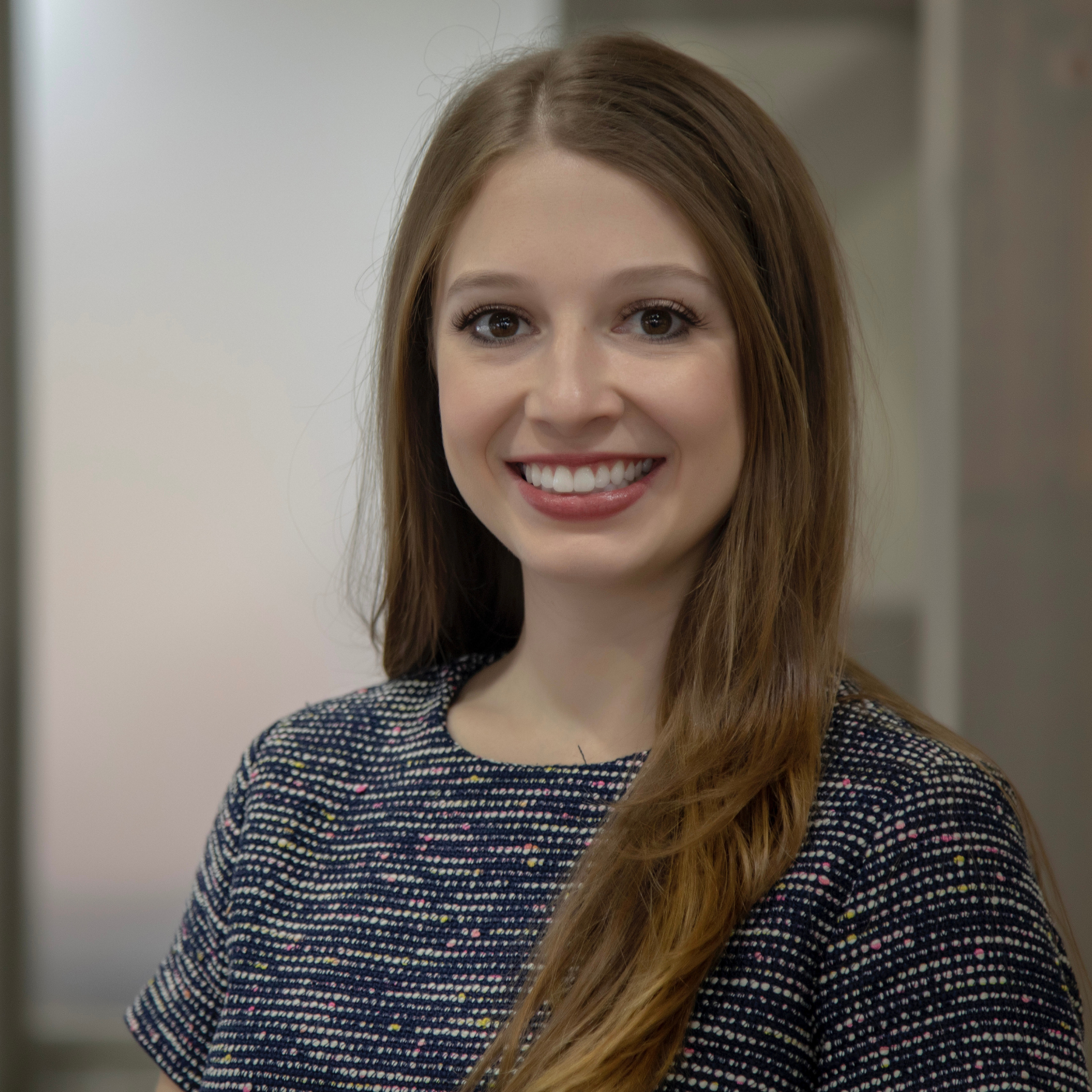 Elissa graduated from Texas Tech University with a Bachelor of Interior Design. She currently lives in Houston, Texas where she began her career as a designer and then a project manager of interior construction projects for healthcare facilities. After over 7 years in the industry, she took some time off from her career to focus on family. Elissa and her husband welcomed their little boy into the world in March of 2020.

Elissa’s passion for Into Abba’s Arms began in 2010 when she first visited Kenya and her involvement continued to grow over the years. In 2016 she joined the Board of Directors and served as secretary for 5 years. In 2021, after spending some time as a stay at home mom, Elissa decided to return to work as the Director of Operations for IAA. She is dedicated to the mission of IAA, cares deeply for all the children, and is excited to be serving in this way. 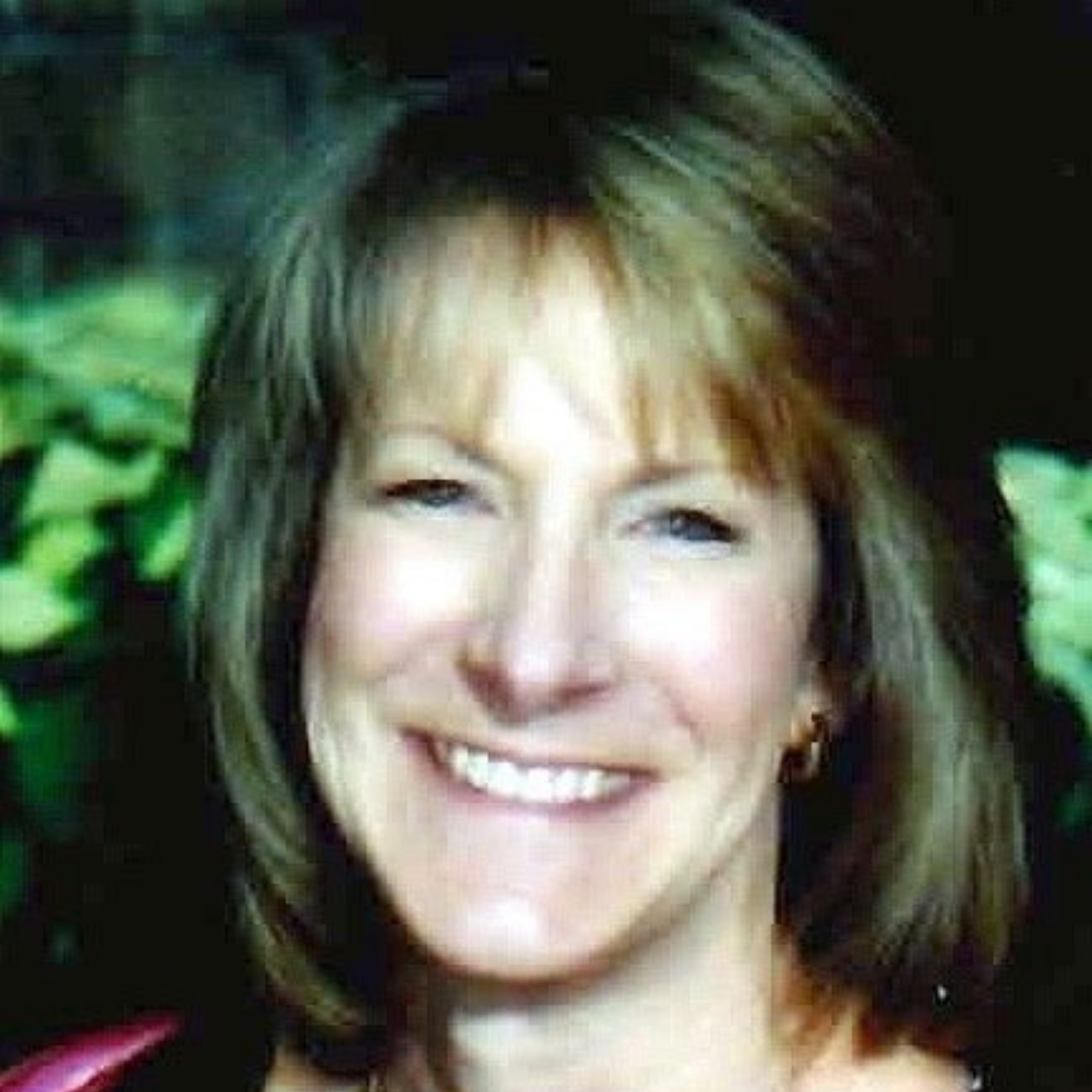 Kim joined the Into Abba’s Arms family in March 2013 and has over 40 years of bookkeeping, administrative, and computer software experience. She developed these skills while working with private businesses, CPA and real estate firms, non-profits, and educational organizations. She is detail-oriented, organized, and skilled in the use of many cutting-edge computer software programs. Outside of IAA, Kim is a wife, mom, and grandma and attends WoodsEdge Community Church. When Kim isn’t doing IAA business, she enjoys spending time with her husband, children, and grandchildren, and loves traveling and reading. 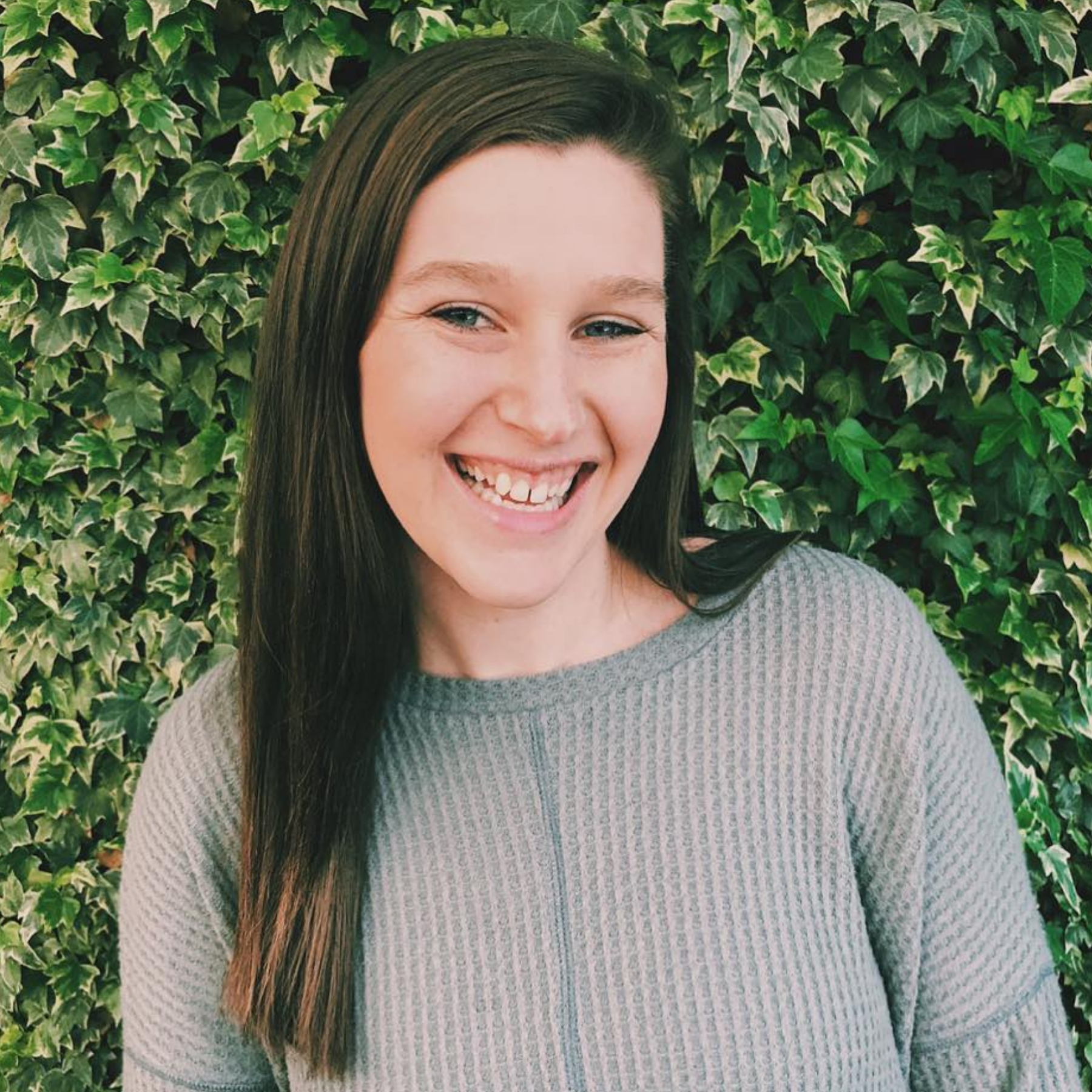 Rachel graduated from Johnson University (Knoxville, TN) in December of 2018 receiving a Bachelor of Science in Human Services. After graduating, Rachel returned to her hometown of Columbus, IN, and began working for Into Abba’s Arms. She currently handles communications with mission teams and child sponsors, media marketing, and various other administrative tasks. In her free time, Rachel enjoys spending time with family and friends. She also has a love for outdoor adventure and animals – especially dogs. Rachel visited Into Abba’s Arms for the first time in 2019 and is excited to get back! She looks forward to continuing the work God is doing with Into Abba’s Arms and building relationships with both the children and staff in Kenya. 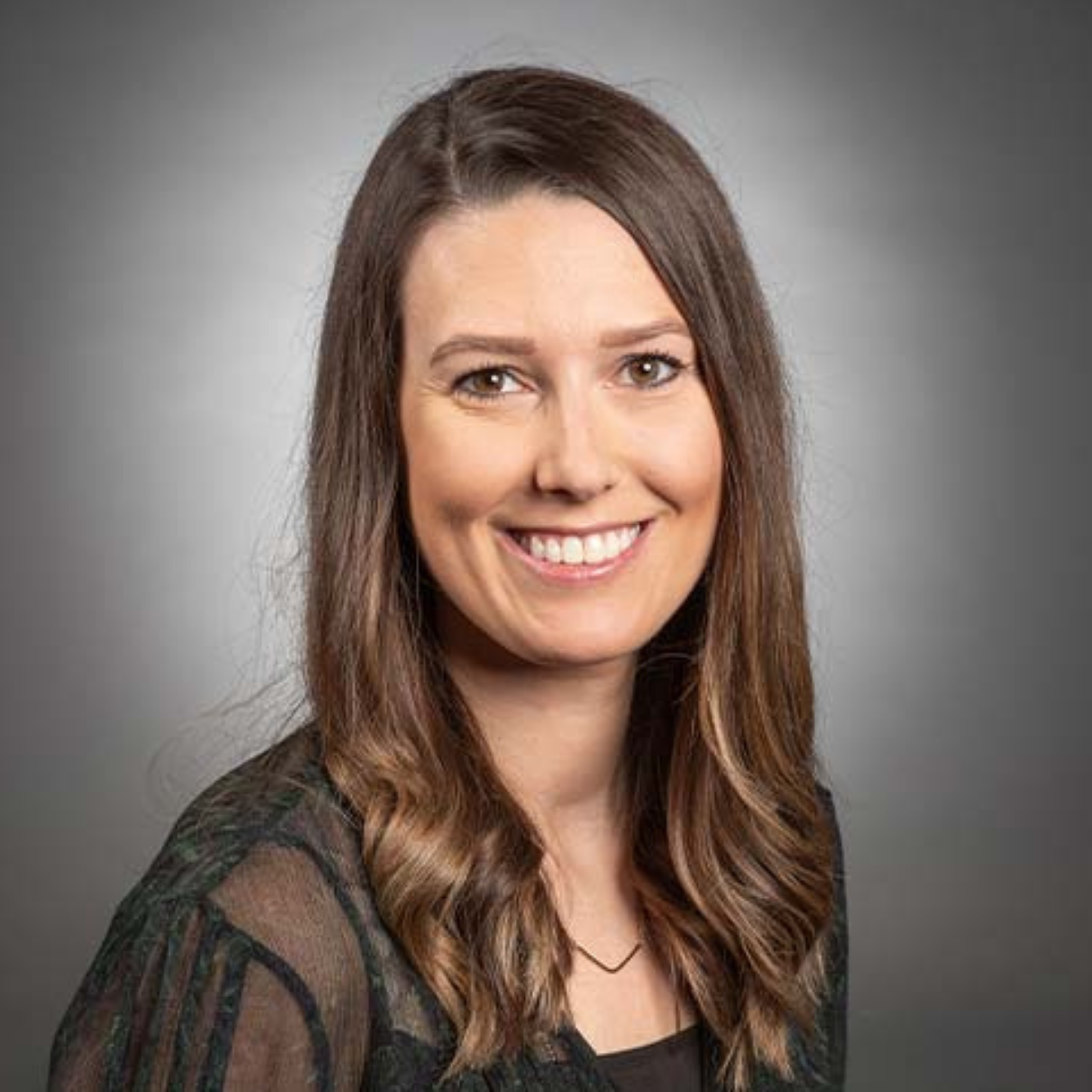 Kathleen is the Vice President of Finance at the 12th Man Foundation, Texas A&M Athletics’ fundraising arm responsible for funding scholarships, programs, and facilities in support of championship athletics. Kathleen is responsible for managing day-to-day activities and procedures related to all financial and accounting functions, such as financial reporting, budgeting, and cash management.

Kathleen actively volunteers for and serves on Into Abba’s Arms’ Board of Directors. She first traveled to Kenya in 2010 and became very passionate about serving the children at IAA. Her passion for the ministry and its children continues to grow. 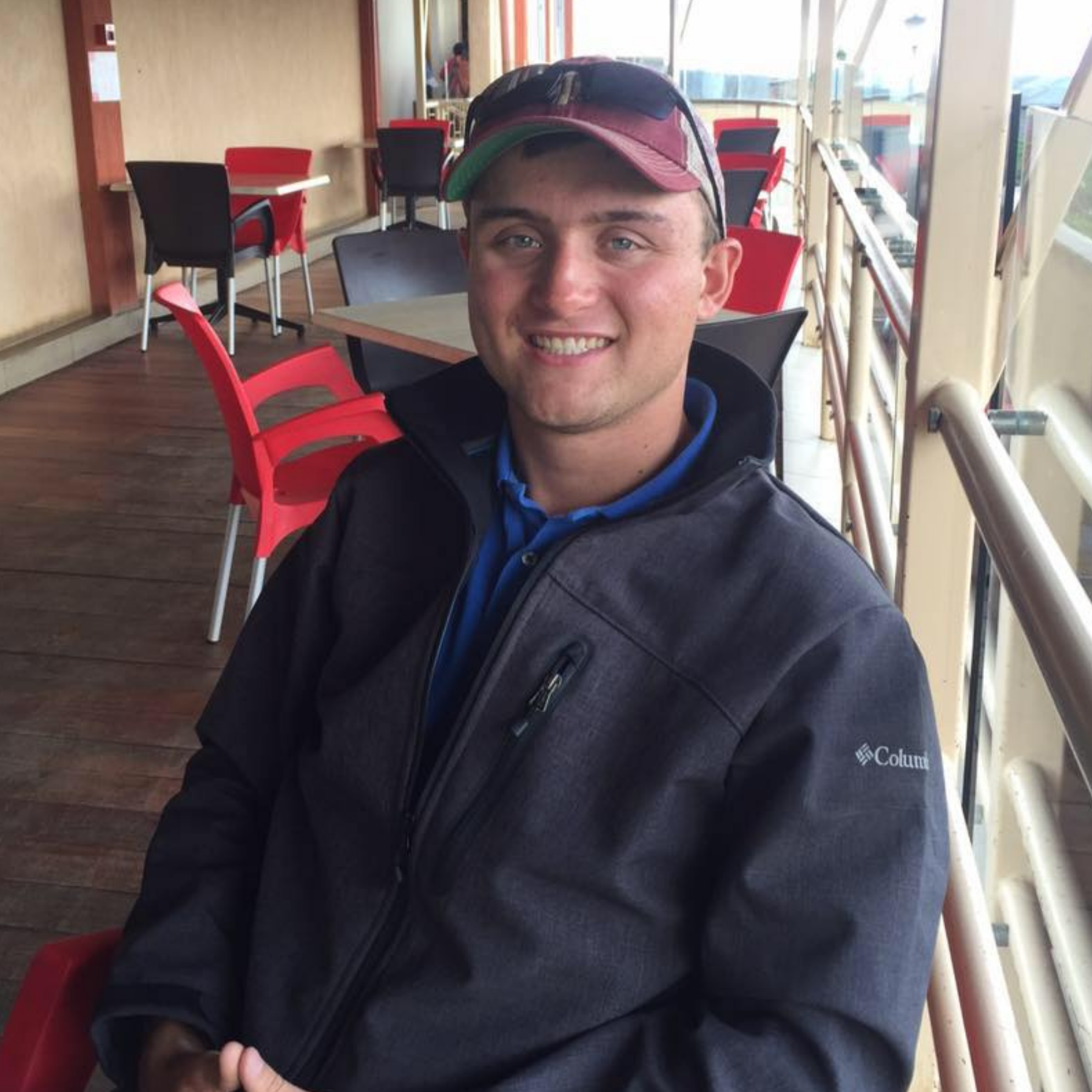 Banks is the President of JB Chisum Company, Inc. He remembers from childhood how his father demonstrated the importance of serving others. His father’s influence was instrumental in leading Banks to employ his practical business and communication skills in various organizations and ministries across the globe.

Banks is an active member of First Baptist Church in Wimberley where he has served as a teacher in Sunday school and in the music ministry. He currently holds a position on the International Missions Committee.

Banks takes his interest in the community a step further and serves as the vice president of Wimberley Fire & Rescue. As he witnessed first-hand the devastating floods of 2015—one of the worst natural disasters in the history of central Texas.

In his spare time, Banks can be found on the streets of San Antonio surrounded by the homeless as he works with Taking It to the Streets, a ministry in Boerne, Texas. He also enjoys exploring new countries and cultures and spending time with family and friends. 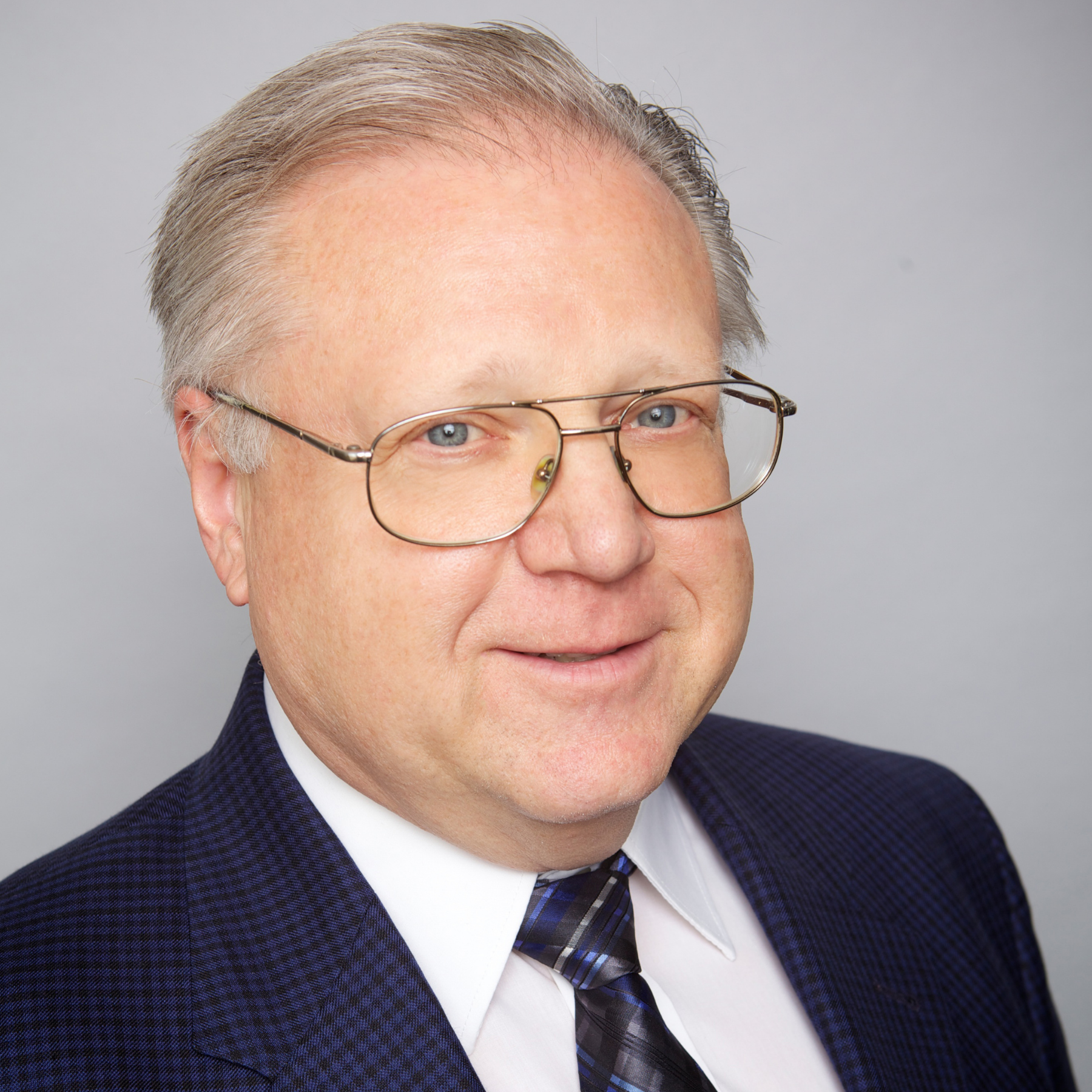 Tom is the Manager of Chemicals Technology for Bechtel Hydrocarbon Technology Solutions, Inc. based in Houston, Texas. Tom advises the Petrochemicals business line on technology options/prospects and front-end project technical support. Tom has been with Bechtel for 21 of his 42-year career. Prior to Bechtel, Tom worked for operating companies including Union Carbide Corporation and Indonesian petrochemical operator, PT Chandra Asri. Tom is married to Debra, celebrating 40 years of marriage this year. They have two children and three grandchildren. 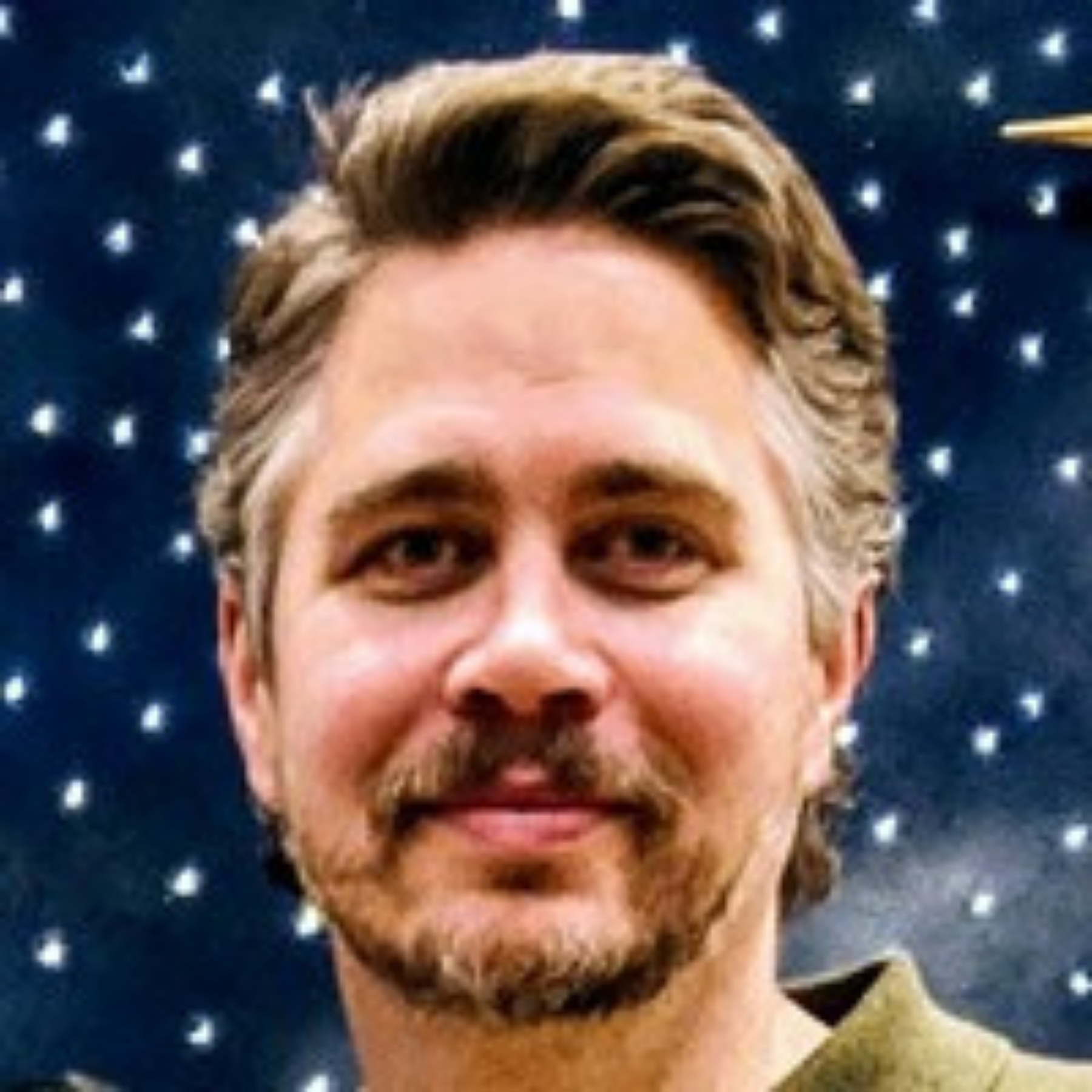 David has been happily married to his wife, Linsey, and together they have two boys. David is currently working for Wells Fargo Bank in Woodlands, Texas. He helps run and manage 20 different employees. Prior to Wells Fargo, David works overseas in Quito, Ecuador, for an International Church. He has also served as the Associate Pastor at English Fellowship Church overseeing administrative and youth ministry aspects. David and Linsey feel called to serve full time overseas and are in the process of being trained by WoodsEdge Community Church to become long-term missionaries. David also serves on the WoodsEdge Spanish service worship team.

David graduated from the North Park in 2008 with a Bachelor of Arts degree in Organization Management and Leadership. He is bilingual in Spanish and English, using Spanish frequently in work and personal relationships. David has a heart for displaced people and third culture youth. In his free time, David loves spending time with his family and enjoys playing soccer, basketball, and golf. 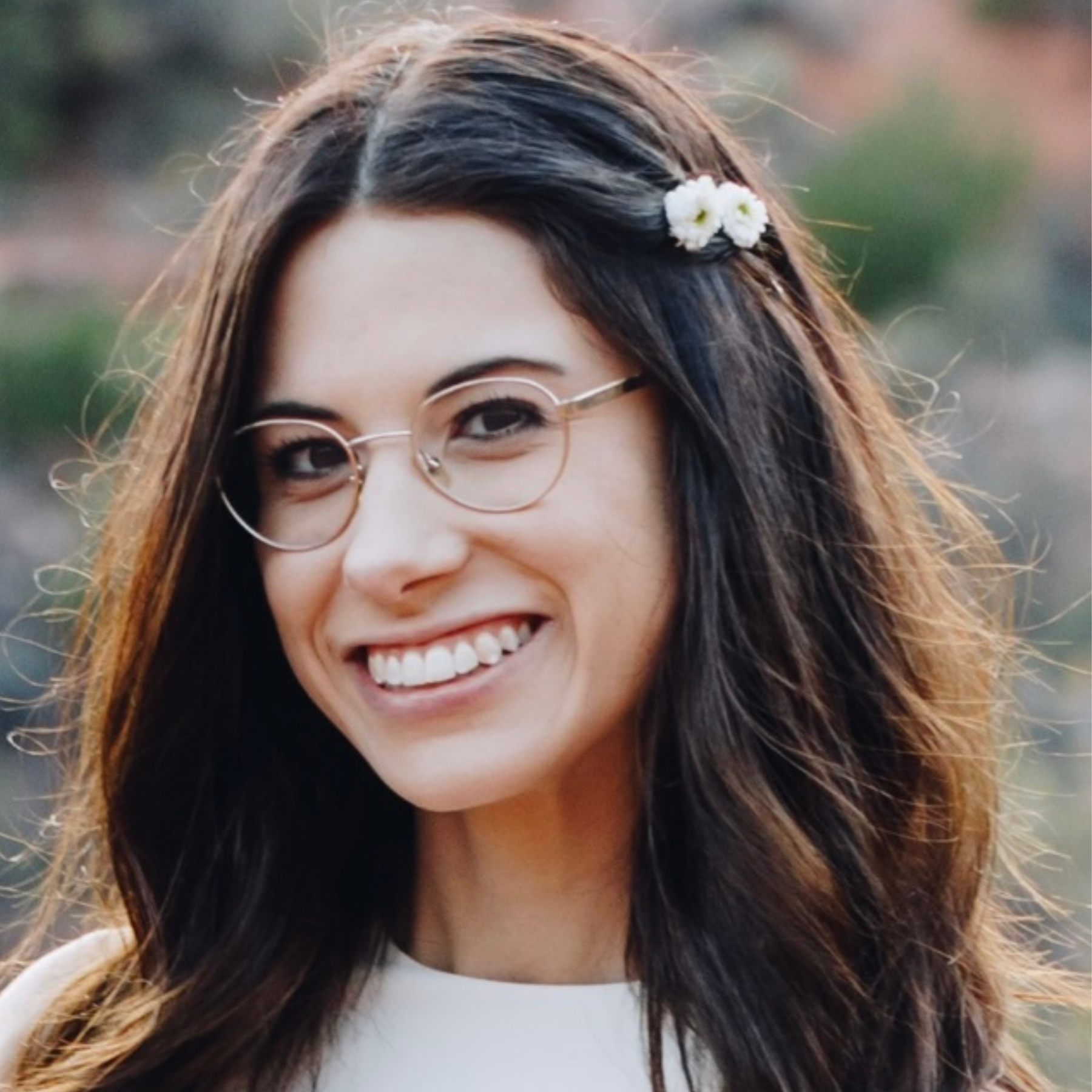 Falyn Matsudaira grew up as a missionary kid in Eastern Europe and graduated from the University of Mary Hardin-Baylor in 2016. In Houston, TX she worked as a Case Manager for foster and adoption families and facilitated many successful placements and several adoptions. After two years in social work, Falyn transitioned into full-time ministry at WoodsEdge Community Church as the Director of Immigrant and Refugee Ministries. In this role she was introduced to the ministry of Into Abbas Arms. She first visited in 2018 and returned in 2019, leading a team from WoodsEdge. While she was very impressed with the structure of the ministry, she was also amazed by the way the children were cared for by the Kenyan staff.

Through her multicultural upbringing, social work background, and ministry experience she brings a unique perspective to the Board. Falyn currently lives in Orlando, Florida and works for the Walt Disney Company. She and her husband desire to move overseas in the coming years and are excited to see where God will lead them next. 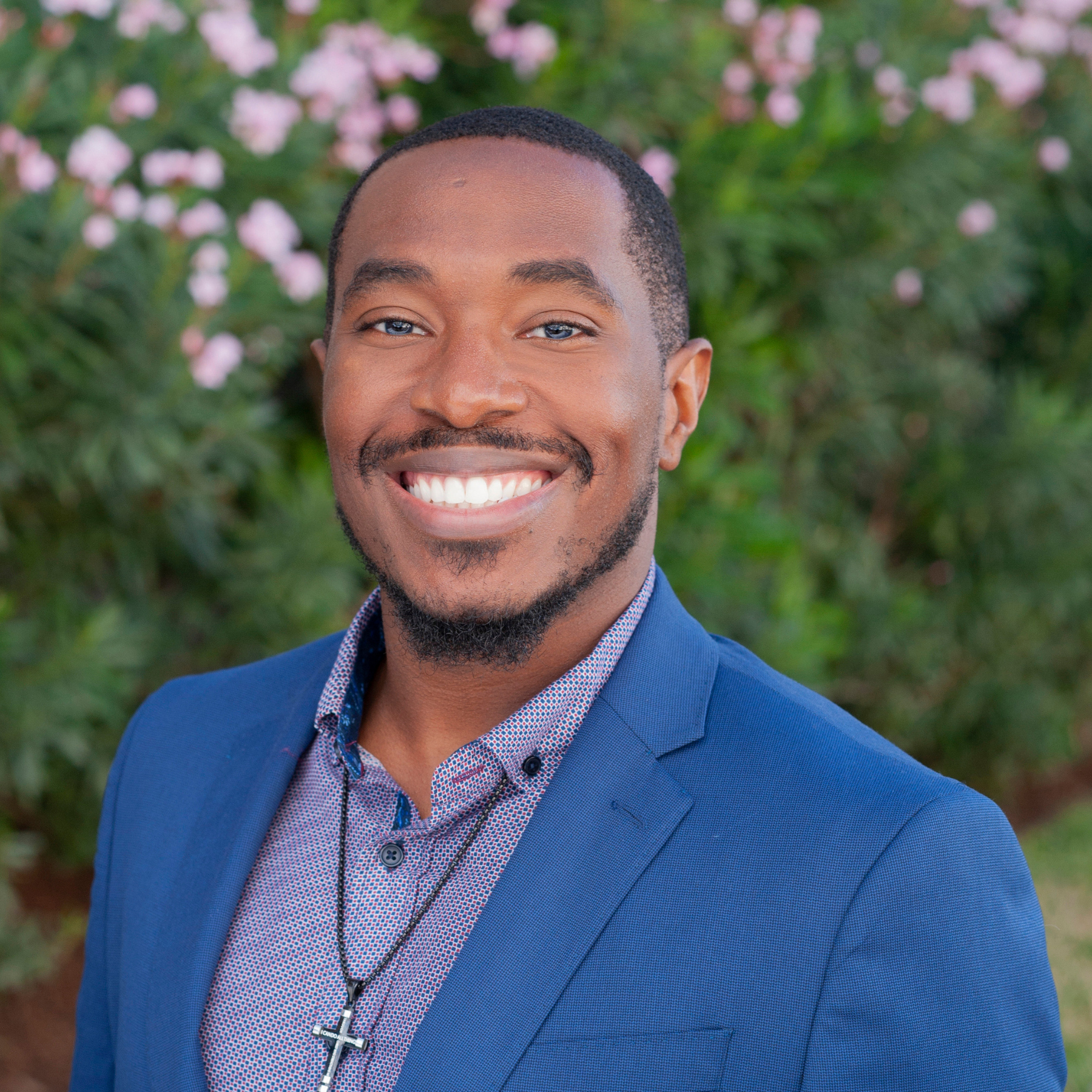 Justin loves the Lord and is an active member of Light of the World Christian Fellowship in his community in Humble, Texas with his wife Dynasty. Having graduated from Texas A&M University in 2017, he started his career as a construction manager but changed careers shortly after his third career anniversary to become a financial professional with New York Life. He felt as if God was leading him in another direction, one more in line with God’s plan for Justin and Dynasty’s life.

Justin enjoys great conversation, while getting to know and understand people. He knows that God has a reason for everything and is willing to be led by the Holy Spirit 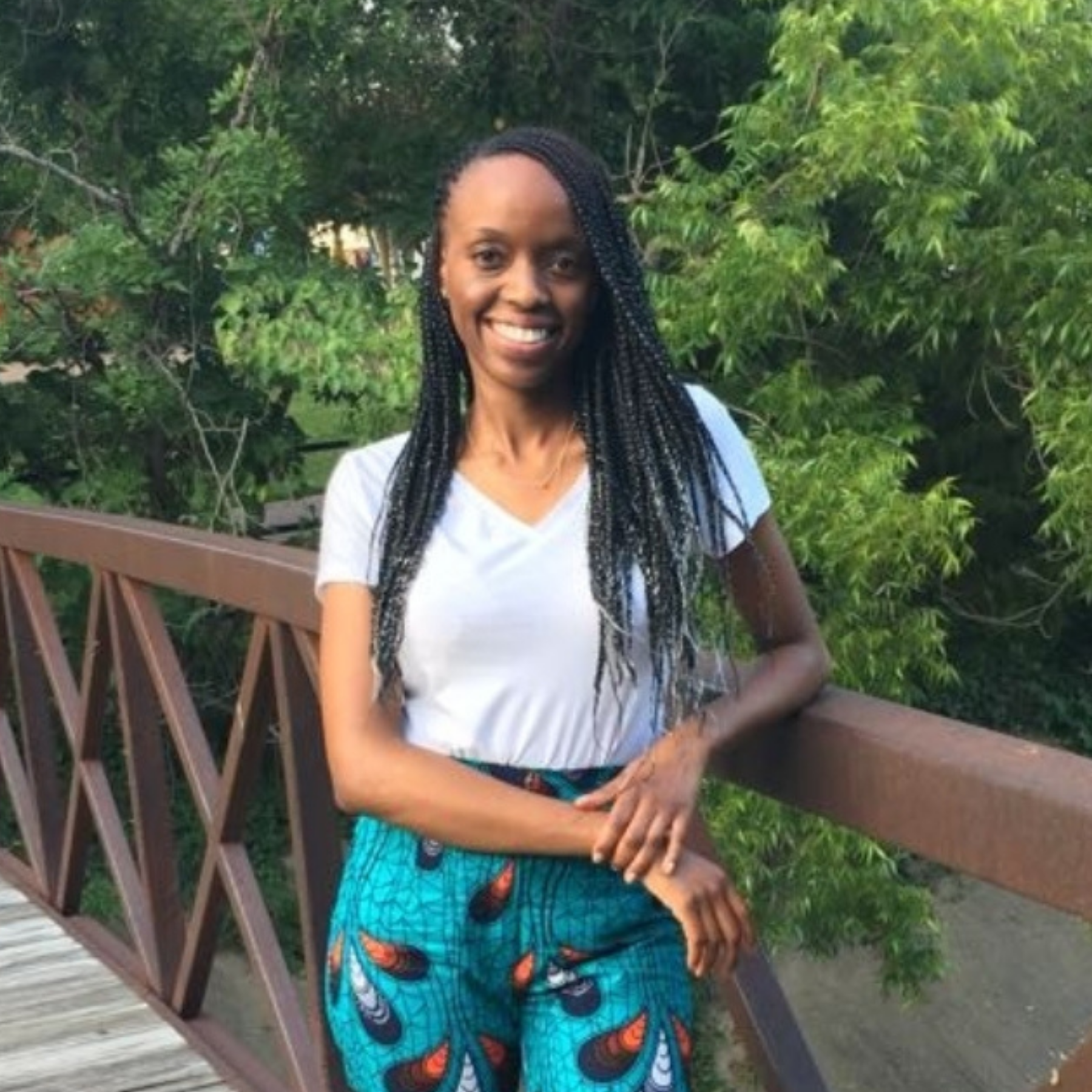 Imelda Muchoki graduated from Tarleton University A&M. She currently works as a nurse helping care for Oncology patients. Imelda was born and raised in Nairobi, Kenya and relocated to the U.S. with her family after high school. Texas has been her home away from home for the last 12 years. She attends and serves at a Kisima (meaning oasis or well) Community Church in Huntsville. In her free time, Imelda loves getting to spend time with family and friends. 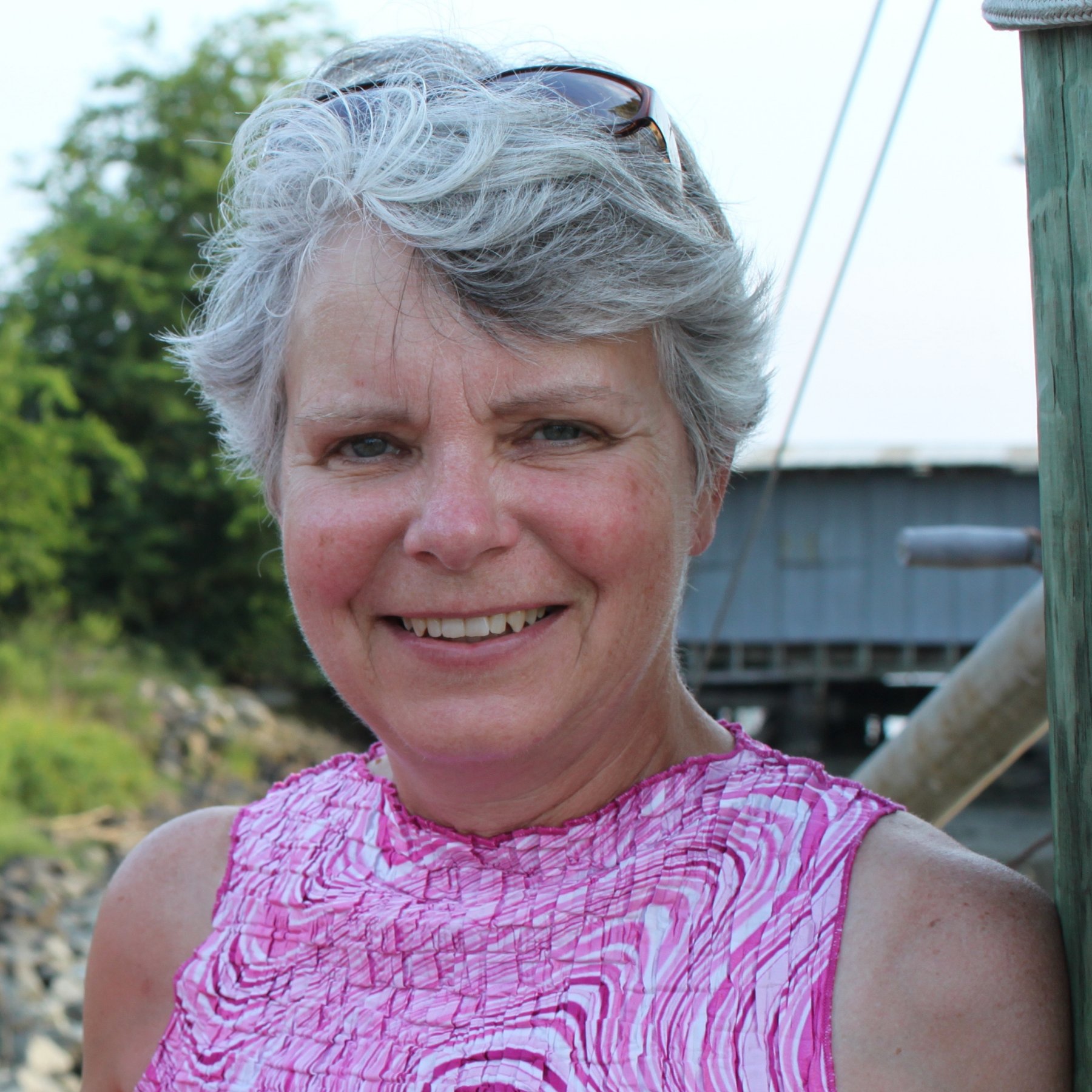 Beth went on her first mission trip with Into Abba’s Arms in 2007. She has been a cheerleader for IAA since that time. She and her husband, Dave, returned to IAA in 2011 with a team of 12 adults from their church, who offered a five-day Vacation Bible School to both the IAA Family and the surrounding neighbors. The IAA Family served over 200 children during that exciting week. They have enjoyed seeing their sponsored child, Simon, during those trips.

As an Advisory Board member, Beth is available to offer encouragement, insight, and challenge to any situation for which she is invited to advise.

Beth has been privileged to serve at River Cities Community Church, Huntington, WV, in the role of directing the Life Skills Ministry for over 25 years. This ministry serves the church family as well as the community by offering counseling, classes, and support groups.

Give an Orphaned Child Hope

For as little as $50 a month you can make an impact in the life of an orphaned child by providing housing, food and clothing, life’s crucial necessities.